(Natural News)
It’s been obvious for some time now there is no way Americans can trust the ‘mainstream media’ to provide accurate, bankable information regarding the ongoing coronavirus pandemic.

The wearing of masks, the actual number of coronavirus cases, and failure to report virus recoveries are all part of an effort to over-politicize key health issues and data to confuse, frustrate and anger the American people because the Left’s planned cultural ‘revolution’ cannot happen when we’re stable, prosperous and generally happy with the way the country is going.

That said, a conservative writer has managed to cut through all of the media garbage to report some real data that is vital to understanding the migratory pattern of COVID-19.

Writing at Conservative Review, Daniel Horowitz pointed out this week that hospitalization rates for coronavirus patients along the U.S.-Mexico border in Texas are five times the national average.

“The three Rio Grande Valley counties – Starr, Hidalgo, and Cameron – have 1,139 hospitalizations currently listed as COVID-19 patients. In total [as of last week], they had 4,070 active cases when combining the county dashboard data of the three counties. That is a 29% hospitalization-to-case ratio. As of June 27, that rate for the country was 5.8% (14.7K hospitalizations out of roughly 253,000 active cases),” he writes.

RGV area of Texas currently has a hospitalization rate of 29% for active COVID cases. As of June 27th the rate for the country was 5.8%. @RMConservative

He noted further that between March 1 and June 23, there were only 23 coronavirus-related deaths in Hidalgo County. But, there were 80 deaths in the subsequent two-week period.

“The three border counties are 4.4 percent of Texas’ population but account for 12 percent of the hospitalizations. We don’t know at this point how many more from the border were transferred to the larger cities up north, as we saw with the border-crossers in California who were sent to the larger city hospitals,” Horowitz wrote July 9.

Where are these additional cases coming from? You guessed it: Mexico, most likely.

It’s not natural that counties sitting at the border would mysteriously get hit with a strain of the virus causing so much more hospitalization than anywhere else. What this clearly demonstrates is a case drain flowing from across the border, where the most seriously ill patients are crossing over for care.

In an earlier column, Horowitz noted that the United States peaked in coronavirus cases about a month before Mexico did. As such, as U.S. cases were falling, they were rising in Mexico. And when you factor in illegal immigration or the desire for sickened coronavirus patients to be treated in America rather than a Mexican hospital, you can begin to appreciate the uptick in hospitalization rates along the Tex-Mex border. (Related: 18 States classified as coronavirus RED ZONES by White House Coronavirus Task Force.)

“Mexico is under reporting by three to five times and when you look at that and the infrastructure among the Rio Grande Valley, meaning doctors nurses, hospitals and ICU beds and if we have to take care of our population here and then uncontrolled infections coming across, because they’re going to seek help, you’re going to totally overwhelm the system and that could be devastating,” Mayor Ambrosio Hernandez, the mayor of Mission, Texas, said last month.

Phil Kerpen, president of the Committee to Unleash Prosperity, noted in a July 6 tweet:

Deaths inch up again ever so slightly to 480, bringing 7-day average to 571. Essentially a three-day plateau.https://t.co/UCHVLoyaWl pic.twitter.com/vrTfmTMNFi

Even before President Trump took office, there were many good reasons the U.S. should have been implementing much improved border security. We can now add the danger of ‘global pandemic spread’ to the list.

If only the Democrats, who claim they care so much about ‘flattening the curve’ of COVID-19, would help the president in this regard. 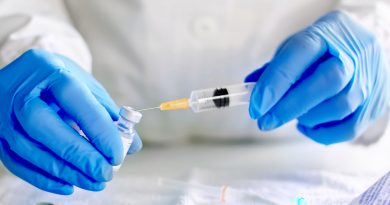 With COVID Vax in Works, 20% Don’t Believe in Shots 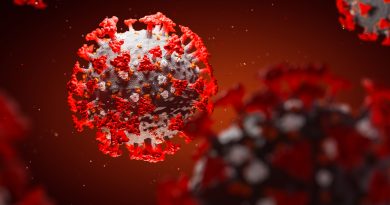 COVID May Have Been in LA Earlier Than Believed

Why Aren't Croutons A Snack Food?