(Natural News)
Those who only listen to what the mainstream media has to say about current events will be left with the false impression that violent, right-wing neo-Nazis stormed the Capitol building on Jan. 6 and tore the place to shreds while attacking anyone who crossed their path. In truth, this “mob” was given permission by security to enter before engaging in a peaceful protest of the fraudulent election – even making sure to follow the velvet rope walkways as they “stormed” the facility.

You would never know any of this from reading mainstream media headlines, though, which are deliberately falsifying what happened to create maximum outrage among the Trump-hating left – all the while going out of its way to excuse the actually violent “protests” that took place back in the summer in response to the death of George Floyd.

Not only is the fake news media lying about what took place, but it is urging outraged readers and viewers to dox the identities of those who were present during the incident so they can be fired from their jobs and persecuted for the rest of their lives.

USA Today, for instance, published a series of 29 photos from the Capitol incident, asking its readers to identify who is seen in the photos. The goal is not to harass these individuals, the paper claims, but rather to help the fake news outlet “report this important story.”

“Considering the amount of anger that the Capitol invasion provoked, it’s no surprise that USA Today’s call was answered by many people,” RT reports. “Some readily provided names and other details about the rioters, while others pointed to people they suspected of being involved.”

It is a practice of fascism that those claiming to be fighting fascism have embraced as the “solution” to President Donald Trump and his pesky supporters, who continue to resist the left-wing agenda of socialism and hate. The good news is that not everyone is on board with trying to destroy the lives of people for mere association with a political party.

“Since when do journalists conduct police work?” asked one USA Today commenter.

Another noted that the call to ID people in the photos represents the “merger between press and state.”

“You are supposed to be reporting on the violence, not investigating the perpetrators!” wrote another. “I’m in favor of prosecuting all who are guilty but let the @fbi and @mpdc do the police work! Info should be sent to them, not Gannett / USATODAY!!”

In truth, the entire incident was staged to the point that many are calling it America’s Reichstag Fire. The left is using it as an excuse to try to steamroll what freedoms and liberties remain in our country, despite the continued erosion of our Constitution at the hands of neoconservative war hawks and far-left socialist “progressives.”

“In the name of ‘protecting the constitution,’ they are tearing it to pieces. In the name of ‘preventing a coup,’ they are carrying one out in front of our eyes,” writes Kit Knightly for Off Guardian, noting that 1/6/21 is likely to become a shorthanded date like 9/11 and 7/7.

“It will become just one more grand sweeping illusion upon which the teetering structures of U.S. Imperial power are built,” he adds, further explaining that the official narrative of the Capitol “invasion” is a farce based on lies and misinformation.

What we are now witnessing is the manifestation of the famous quote from Huey Long, which reads:

“Sure, we’ll have Fascism in this country and we’ll call it anti-Fascism.”

More of the latest news about the fraudulent 2020 election can be found at Trump.news. 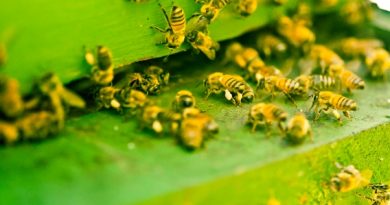 Are neonicotinoids to blame for the impending “insect apocalypse?” – NaturalNews.com 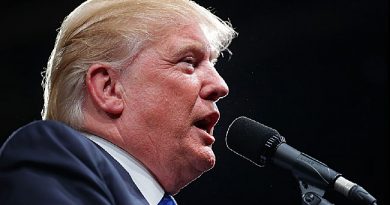 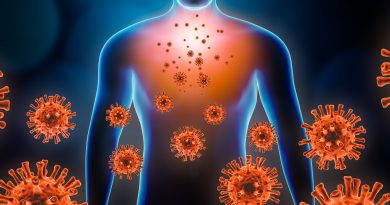 COVID Shortened U.S. Life Expectancy by Over a Year

Organic Food Snobs Get Pranked With McDonalds and Love It

Make Your Own Hot Cereal

How To Make A Vegan Microwave Brownie