The SWOG Cancer Research Network team analyzed data from 358 clinical trials — 85 drug industry trials and 273 SWOG trials. They included nearly 94,000 patients who were being treated for 15 types of cancer, enrolled between 2003 and 2018.

Three percent of patients in industry trials were Black, compared to 9% in SWOG trials, though Blacks patients accounted for 12% of U.S. patients with the 15 cancers, according to the study.

“This study confirmed that Black cancer patients are severely underrepresented in pharmaceutical company sponsored trials, with fewer than 1 in 4 of the expected number enrolled,” said study author Joseph Unger, a SWOG biostatistician.

“Black representation in industry trials was also far below that of NCTN trials, with only one Black patient enrolled for every three enrolled in NCTN trials,” he noted in a SWOG news release.

The findings were recently published in the journal JNCI Cancer Spectrum and were presented at a virtual meeting of the American Association for Cancer Research last week.

Assessing the representation of Black patients in clinical trials is a critical need that can guide trial policies, according to Unger.

“Trials are an important way — sometimes the only way — for cancer patients to receive potentially breakthrough drugs. Everyone can get cancer, so everyone should have the same access to investigational cancer treatments,” he said.

“In addition, it’s very important from a scientific standpoint to evaluate new treatments in patients who reflect the demographics of the general cancer population,” Unger said.

Men and Women Differ on Masks During, After COVID-19: Survey 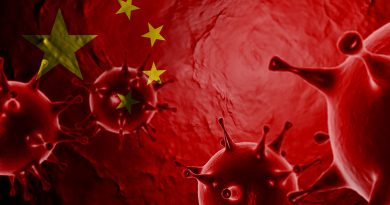 Google helped fund bioweapons development that led to the creation of covid-19 – NaturalNews.com

(Natural News) Bioweapon research has been taking place for over a decade, and the National Institutes of Health

How To Cut And Dice A Mango

Google helped fund bioweapons development that led to the creation of covid-19 – NaturalNews.com

(Natural News) Bioweapon research has been taking place for over a decade, and the National Institutes of Health

Make Your Own Cereal From Scratch