(Natural News)
The Hugh Hewitt Show recently interviewed Dr. Francis Collins, the current director of the National Institutes of Health (NIH). In the interview, Collins admits to funding gain-of-function coronavirus engineering at the Wuhan Institute of Virology in China. He even defended the Chinese scientists and downplayed their connection to the Chinese Communist Party! Collin’s confession further incriminates his colleague and friend, Dr. Anthony Fauci, who is the longstanding director of the National Institute of Allergy and Infectious Disease (NIAID).

At a Senate hearing on May 11, 2021, Dr. Anthony Fauci answered questions about gain-of-function research. Fauci repeatedly and authoritatively denied that he and his colleague, Francis Collins, funded the Wuhan lab. Fauci tried to dissociate the NIH and the NIAID from having any connection to coronavirus gain-of-function research, even though the money and research trail was revealed by Senator Rand Paul.

NIH Director admits the U.S. collaborated with the Wuhan lab

Dr. Collins came clean in the interview, admitting that the NIH knows and reviews the work of Chinese scientists at the Wuhan Institute of Virology. Collins told Hewitt that the NIH grants require the grantee to report on the progress of their research and detail precisely how the funds are used. “And we require annual reports to see whether that in fact is what they have been doing,” said Collins. “And we trust the grantee to be honest and not deceptive.”

Dr. Collins talked specifically about the grant that was issued to Wuhan through a subcontract from Peter Daszak’s EcoHealth Alliance in New York. Collins said the NIH funded research that “specifically aimed to categorize viruses that they could isolate from bats in Chinese caves.” He said the NIH “had a good reason” to know more about coronaviruses, because SARS and MERS had “come out of there.” This is a stunning claim, that SARS and MERS came out of the Wuhan lab. The first SARS was identified in February 2003 during an outbreak that emerged in China that spread to four other countries. The scientific consensus believes the virus emerged naturally from a bat reservoir, not the Wuhan lab. MERS was first identified in Saudi Arabia in 2012. Scientists believe the virus is derived from infected dromedary camels, not the Wuhan lab. Does Collins have more information that these relatively new and deadly coronaviruses (SARS, MERS) both came from the Wuhan lab?

NIH Director admits the CCP is involved with the Wuhan lab, but defends them

Dr. Collins, Daszak, and Fauci worked directly with “bat lady” Dr. Shi Zhengli. According to press releases by the Wuhan Institute of Virology, this Chinese scientist received awards and grants from the Chinese Communist Party. The Wuhan lab is home to Chinese Communist Party organizations, including a Party Committee, Commission for Discipline Inspection, and Communist Youth League.

An August 2018 report by the US-China Economic and Security Review Commission warned that the Wuhan lab organizes a “United Front Group,” which aims “to co-opt and neutralize sources of potential opposition to the policies and authority of its ruling Chinese Communist Party” and “influence foreign governments and other actors to take actions or adopt positions supportive of Beijing’s preferred policies.” The lab even hosts “communist study sessions” to boost “party spirit.”

In the interview, Collins admits that the CCP is involved in the Wuhan lab, but he defended the CCP and downplayed their influence on coronavirus engineering. “I think you’re demonizing the Wuhan Institute of Virology as it is pure and simple an instrument of the Chinese Communist Party,” Collins said. “There are certainly connections there, but let’s be clear. There are scientists working in that institute who are amongst the best in the world in terms of understanding virology.”

But here’s the problem, Dr. Collins… These Chinese virology experts you speak so highly about, don’t seem to be very forthcoming with their research, and neither does the NIH or the NIAID. China blocked a WHO investigation into the lab, and Dr. Fauci lied about the research for over a year and even perjured himself at a Senate hearing. Dr. Daszak called any lab origin investigation a “conspiracy theory,” bullying scientists to deny any evidence of the lab origin of SARS-CoV-2. Furthermore, these world experts in virology do not seem to have any answers for the suffering taking place around the world, and have only enabled the deployment of engineered spike proteins that are now being translated in human cells, as the next deadly phase of their human immune system experiments ravage the world. 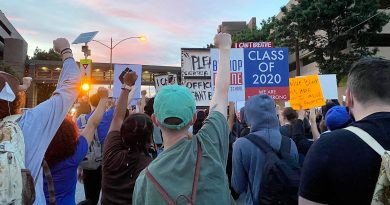 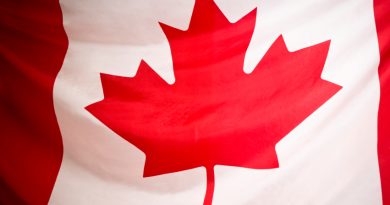 Did a top Chinese official defect to the US and reveal bioweapons secrets about the Wuhan lab? – NaturalNews.com